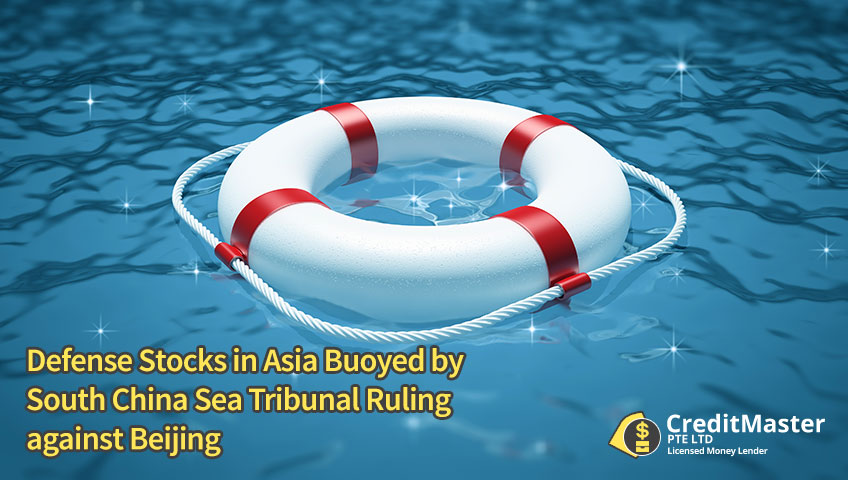 The International Tribunal Ruling regarding South China Sea might have rankled Beijing but investors in Mainland markets in Asia and Hong Kong were quick to cash in on the conflict.  For the second day, the ruling defense stocks in Asia gained broadly after the tribunal sitting at The Hague ruled that China’s historical claims in the South China Sea have no legal basis.

The ruling in favor of Philippine’s claims to the area were immediately met by rejection from Beijing with an announcement of the super power’s intention to create an air defense identification zone in the area. This reaction heightened the already strained tense military relations with probability of a military clash becoming apparent.

In the financial markets, things were looking rosy for the defense and military aircraft industry as the saber-rattling and threats from China continued. In Japan, Fuji Heavy Industries which was involved in manufacture of the country’s first stealth fighter shares gained as much as 6.5%. A similar story was replicated at Mitsubishi Heavy Industries, a big player in air, space, sea and land defense system whose shares grew by almost 6%. Other companies in the electrical and chemical industries also experienced growth in the country.

In China, shares in defense and aircraft systems gained rapidly with the government also announcing plans to invest in a new company focusing on aircraft engine building. Shares of China Aerospace International Holdings jumped 1.02% on Wednesday, adding to an earlier 3.2% gain during the previous day’s trade. Shares for AviChina Industry & Technology gained 0.34 percent after an earlier jump of 3.2% in the previous trading session.

Other companies whose shares climbed include China Shipbuilding Industry, a Shanghai-listed company which jumped 0.42% on Wednesday adding to an earlier climb of 0.4% in the previous trading session. Sainty Marine Corp, a Shenzhen-listed company, earned 4.97% after climbing 5% in Tuesday’s trading.

The Communist Party in China has committed to strengthen the country’s military and investment analysts are advising investors to pile in defense stocks. With aircraft engines and gas turbine development becoming a priority now, more activity is expected across the Asian financial markets.

As the issue in the South China Sea escalates, there is expected to be more demand for hardware and software by countries in the region as a deterrent or in readiness for actual war. Investors are speculating on military shares rising in demand with no ready solution to the issue being in sight.

Experts in the stock market however call for caution because if the conflict escalates, the region would be hit hard.

Apply for a loan now
Contact us today for any financial assistance you might need. We promise to exceed your expectations.
WhatsApp us